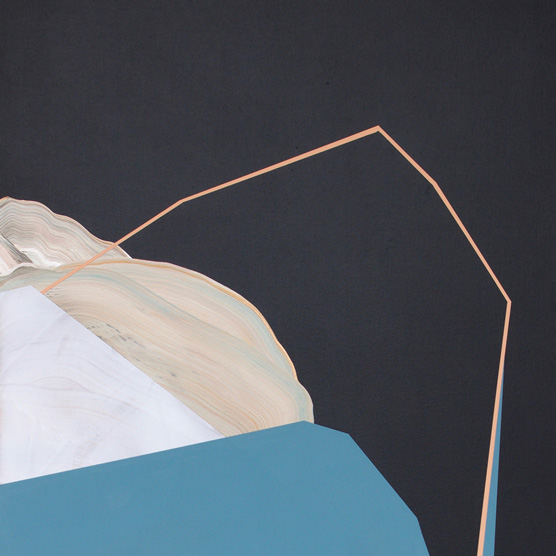 Vancouver-based artist Amy Stewart has been drawn to the interconnections of art, play and nature since her childhood in 108-Mile House, British Columbia, where she spent most of her time outdoors. That first northern home continues to dominate much of Amy’s current artistic world. The memories of childhood and nature shape her adult imagination, and they are reflected in her paintings’ rich textures and vibrant tones. Her pieces are often inspired by the feelings that come both from the natural world and from engaging fully in her community and with her loved ones. “I paint how I feel and who I am,” Stewart explains. And that sense of humanity—the private experiences of suffering and celebration—are evoked by her canvases’ unique explorations of colour, which range from exuberant bursts of brightness to contemplative reflections on darkness.

A constant passion, painting became more central to Amy’s life during her years of working with at-risk youth. She began producing her own art as a means of processing the disturbing experiences she witnessed professionally.

Inspired by her artist grandmother, who taught Amy watercolour and a range of stylistic techniques, Amy is an observer of her environment. Interested in how anxiety, depression and happiness impact our lives, her art transforms good and bad life experiences into colours and shapes. Amy expresses herself through painting, creating art as a mode of personal discovery.

Amy lives with her husband and daughter and paints from her studio on Granville Island. Her art has been sold internationally, and frequently hangs in galleries around British Columbia. 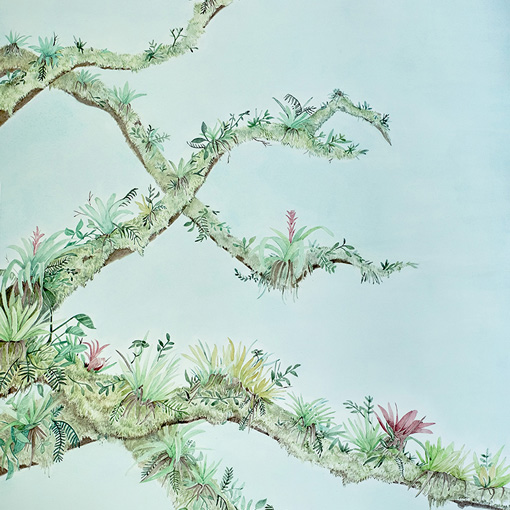 Paula Barrantes is a watercolour illustrator who brings the study of plants and their surrounding ecosystem to the centre of her practice. After leaving her native Costa Rica to study in Canada, she went on to receive a BFA from San Francisco Art Institute. Her life has been a continuous exploration of the countries she has lived in, and her artwork is the source of her self-discovery in these new settings.

Moving to Vancouver has given Paula the opportunity to further explore the themes of adaptation and immigration. Her current series involves the representation of air plants in an ethereal setting. She sees herself in these native plants of Costa Rica, flourishing in the places they inhabit despite never settling. The background of these paintings is alien to the natural subject, transmitting different moods in the same way that a new environment can make someone feel completely at ease or unaccepted. Paula’s illustrations express a love for the details of the natural world, which is the source of her inspiration and what keeps her grounded wherever she goes. 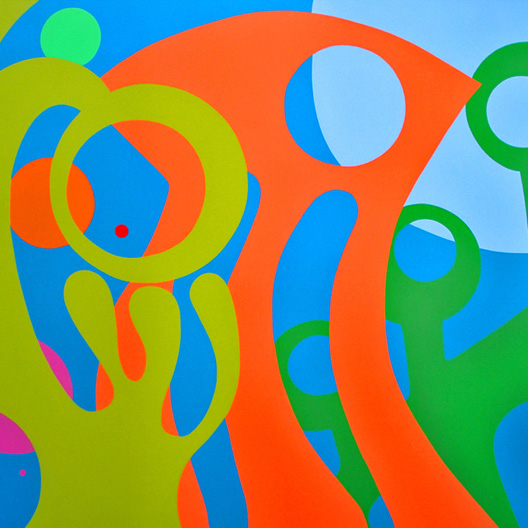 After studying Fine Arts and Ethnology, I built my artistic character until I could became a professional artist, over 15 years ago. I have since then been recognized with public, private exhibitions, and acquisitions in Europe and North America.

My latest body of work explores the concepts of Individuality and differences in our society; the integration process in the context of a fast evolving technological environment.

I love to explore the third dimension with bas-reliefs or sculptures. Together with design objects (such as humidors, rugs, wine packaging, tiles, etc.), these form a World, offering a bright and positive alternative to standardized aesthetic, thinking, to bring light, joy, dreams, and hope back into our daily lives.

This creative process also led me to explore other mediums for the purpose of Public Art, particularly sculpture and temporary installation. I have developed prototypes and engaged with various actors in the community to expand these concepts into life-size pieces, like 3 sculptures installed in the Marine Drive Station of the Canada Line, as part of their Art Program. 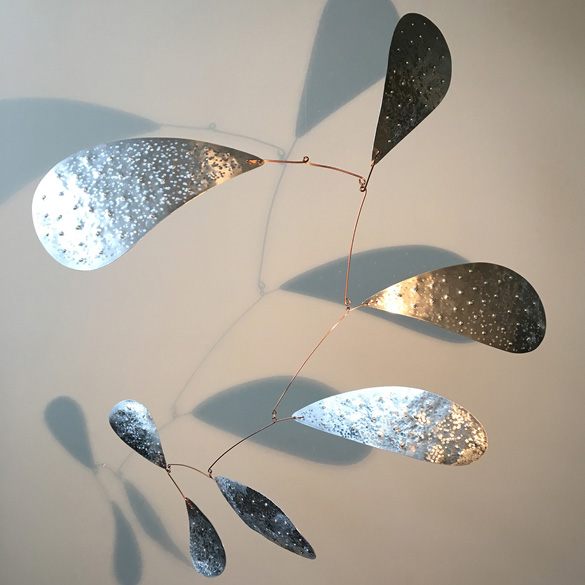 Claudine Gévry is a visual artist based in Vancouver, Canada. She spent most of her life immersed in Montréal’s rich artistic and cultural diversity. It was there that she studied Fine Arts at the Cégep du Vieux Montréal and Graphic Design at the Université du Québec à Montréal, both institutions known for their eclectic and bohemian artistic tendencies.

Claudine’s art is abstract and whimsical, nature being her primary guide. She is deeply influenced by her surroundings and her work is a reflection of impressions that the environment instills upon her.

Widely published around the world as an illustrator, with books translated into more than 12 languages, she has collaborated with some of the biggest names in the industry such as HarperCollins, Penguin Random House, Reader’s Digest, Simon & Schuster and Top That Publishing (UK).

Wanting to divide her time between her two passions Claudine is pursuing a career as a fine art artist while continuing to work as an illustrator. She was recently awarded first prize in “MIX”, the first mixed media exhibition held by the Federation of Canadian Artists. She also won third prize in the Purely Pastel exhibit in Vancouver in 2017. Following that, the American magazine Pastel Journal selected her for their article “Artists to Watch” (December 2017 issue). In 2016 she was selected to exhibit at the Bombay Sapphire Artisan Series semi-finals in Vancouver. 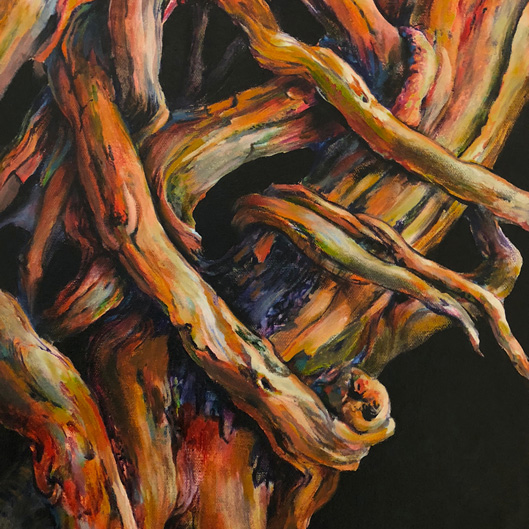 Denise Paluck’s work is known for its distinctive approach to natural subject matter, vibrant colour-handling, and detail worked into strong forms. Denise paints full time on the notoriously wet west coast of Canada, in close physical proximity to the remains of the world’s largest temperate rainforests.

It is central to Denise’s approach that this natural powerhouse is literally within sight of the urban area in which her studio is located. Local media regularly report an increasing number of deaths, injuries and hair-raising rescues as people venture into these areas to “see” nature as a backdrop ripe for a selfie, while doing some hand-wringing about what “we” have done to “it”. In urban centres elsewhere in the world, the only connection that people may have with the nature is heavily mediated through digital media, along with token exposure to encircled greenspaces and street trees subordinated to the role of complementing the built environment, when they are there at all.

Denise’s work acknowledges the deep and complex connection that Canadians have with the muscular landscape of their nation. However, she has moved away from the traditional landscape genre and rejected contemporary representations of the natural world where they are filtered by human-centric conceptions. There is an affinity between her work and the theory of biophilia, which proposes that humans are inherently drawn to nature to seek coherence in the existence that they share with other life forms: From this perspective, there is no “othering” of non-human living things. Nature is powerful and wondrous. It can also be challenged, triumphant, hurt and destroyed as we can, but it is not subordinate. Denise’s current work seeks to express the innate power of the trees, roots and stumps of the coastal rainforest iconically – as symbols that represent something of importance that is worthy of consideration, with a view to encouraging viewers to perceive a resonance. She has chosen trees because elements of their structure so clearly record each individual life story. She believes that apprehension of the experience of other life facing the challenge and mystery of existence is a way into dealing with your own.

Denise’s practice has been influenced by the designer Alexander McQueen, who frequently incorporated natural elements into surreal reimaginings of the human form; by Rothko, for his conviction that a painting is completed through the experience of the viewer; and by the traditional arts of the coastal First Nations, which profoundly respect the spirit of the tree and plant-based mediums used.

Denise exhibits regularly and has won awards for her work. She is a member of the Federation of Canadian Artists, Thrive Mastermind, CARFAC and a number of BC art associations. She is largely self-taught and came to her calling as an artist after practising law. 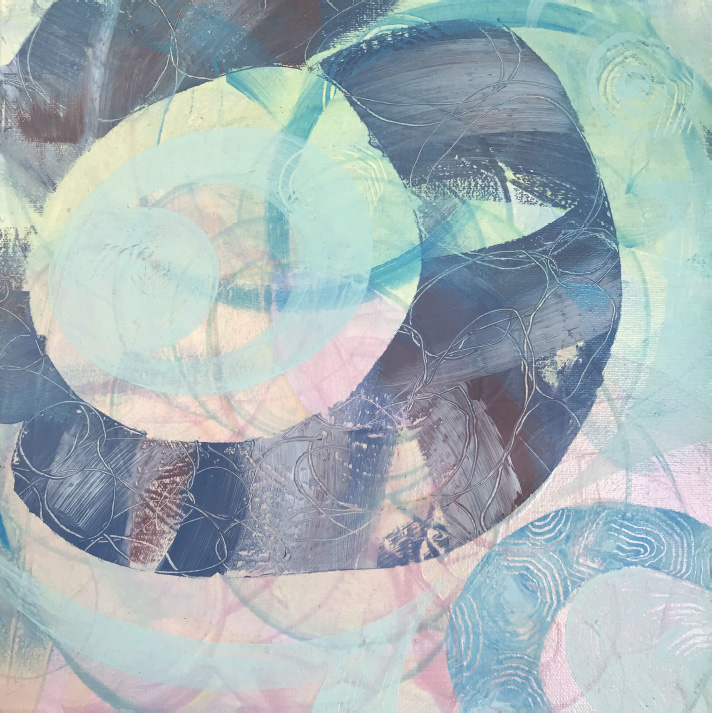 Joanne Probyn is a contemporary Canadian abstract painter known for her acrylic-based works using mixed media and textured mediums. Her creative endeavors have been exhibited and published widely.

Probyn is a CARFAC and FCA member. She is also an early member of burgeoning Vancouver-based women’s art collective, THRIVE Art Studio. Probyn has assisted Famous Painters muralist, Dana Irving, and was a 2018 Vancouver Mural Festival artist with THRIVE. Probyn completed her education in design and illustration at Capilano University and holds a UBC Sauder certificate in marketing. 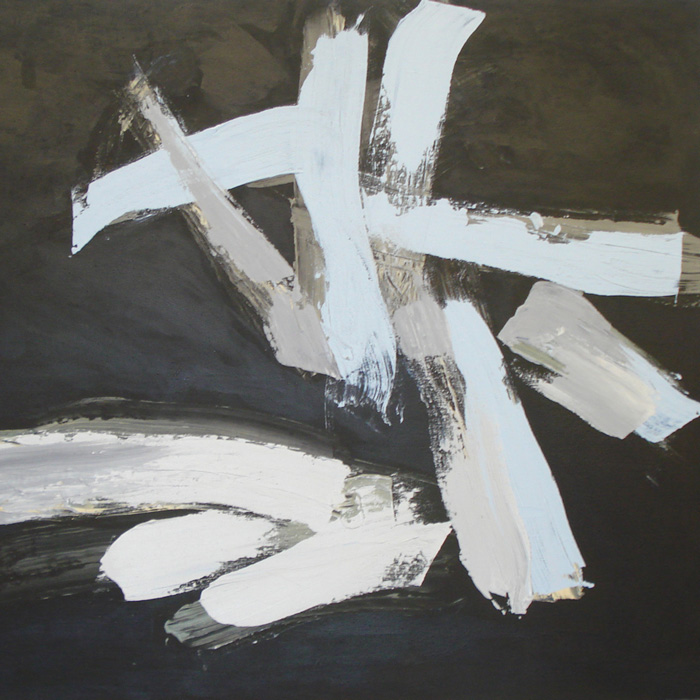 Kevin Lee (Kevo) was born with a chromosome disorder called Trisomy 18 and diagnosed as moderate to severely disabled. At the time, few infants with this syndrome survived beyond their first year. Kevin was still not able to make any sound at the age of 6. Being unable to express himself verbally in early years, he vented his frustration through inappropriate physical actions.

A lot has changed! Today, Kevo finds his passion in music and art. He is able to channel his ideas and expressions through his artwork. There is vibrancy and energy behind all the paintings. The bright colours incorporated in his art reveal the boundless joy and simplicity in his innermost self. Kevo is very much loved and nurtured in his family. 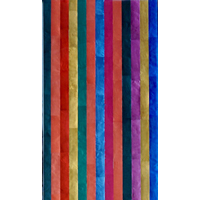 Belgian born, mixed-media artist Anne-Francoise Wauthy’s work is bright and rigorously simple yet points to the complex issues of consumer waste and our environmental footprint.

She is interested in repurposing domestic trash and especially discarded Nespresso coffee capsules which she collects obsessively. Manual labour is a large part of her creative process.

Her previous experience in quilting had a strong influence on the techniques she uses to create her art.

She is an eternal art student and traveller; from the UK at Wokingham College, painting and dyeing workshops in France and Spain, to a BFA in Studio Arts with a major in Fibres from Concordia University in Montréal. Since her degree, she has continued her development with various workshops in Vancouver and California.

Her multiple skills across mediums were noticed by Concordia associate professor Ingrid Bachmann who invited Wauthy to be her research assistant.

Wauthy is currently based in Vancouver, BC where she has her studio. She also has a studio in Bromont, Québec.

Her work is part of private collections in Belgium, France, UK, Switzerland, USA and Canada.